This weekend my wife took me to Denver for the Great American Beer Festival.
For those who don't know, it's the country's largest place for brewers, homebrewers and a huge mass of beer lovers to meet and celebrate the greatness of beer. 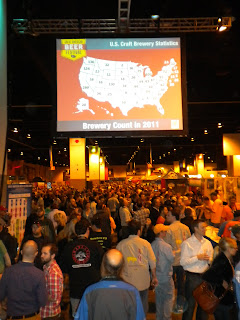 I'll let you use the GABF link to get all the particulars and statistics but as you can see, there were lots of people and lots of beer there. 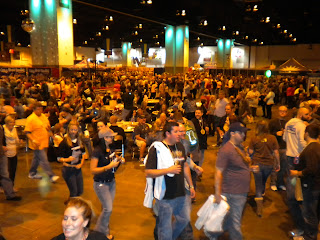 Along with the hundreds of booths featuring thousands of beers from every corner of the nation, were various beer related displays.  These included beer and food pairing demonstrations, t-shirt sales, homebrewing software for the I-Pad and a bookstore, to name a few.  There was even a spot reserved for a select group of invited brewpubs and a free photo booth brought in by Yard House. 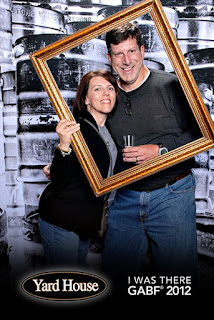 I got the chance to meet a few influential and renowned brewers and taste some of the best beer in the world. 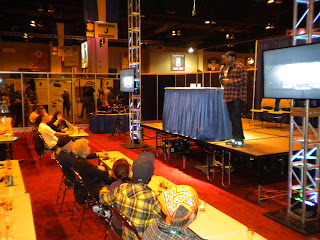 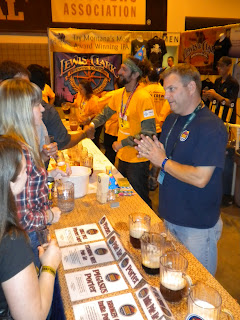 But activities outside of the festival are what interested me.
Don't misunderstand me.  I'm as beer crazy as just about anybody who was there.  But this weekend was a nice chance for my wife and I to enjoy some time together with no distractions in a place that's special to me.
We spent our first full day in Colorado hiking the base of the Flatirons and enjoying great food and beer in Boulder.  Jenny had as much fun as I did. 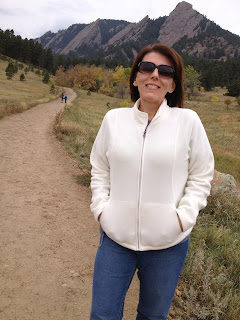 We stopped by West Flanders Brewery on the Pearl Street Mall and had a nice sampler of beers.  The server claimed them all to be belgian but the IPA just tasted like a good IPA.  The other beers were good too.  I didn't spend lots of time evaluating them.  I just took them as they came to me and experienced them without the "beer judge" perspective. 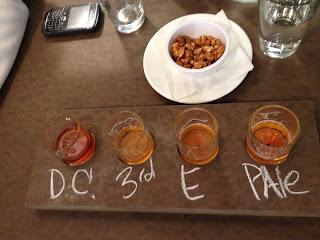 The brewery and bar were nicely appointed as well with most of the gear right behind the bar area, nice wood floors, snacks and comfortable seating. 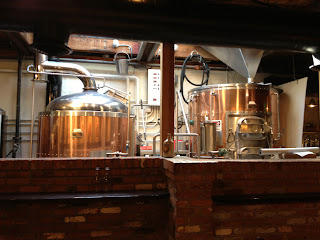 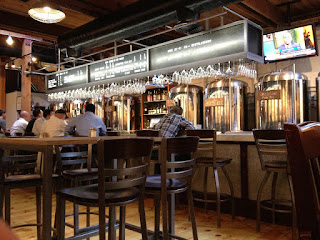 Then we went to The Sink and enjoyed one of the most delicious pizza I've ever had.  It was called The Buddah Basil.  We subbed chicken for the tofu and it was great. 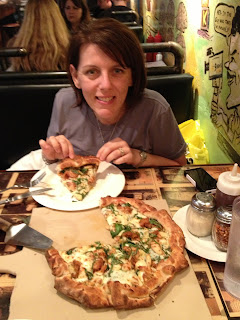 This is a place I came to a couple of times when I was a graduate student at CU in th early 90s.
I don't have lots of memories of this place but the experience felt like a homecoming anyway.
Anybody who knows me knows I love Colorado.
Finally, the evening before we came home was spent with our good friends Laura, Kevin, Cole and Julia Farynaz with a wonderful dinner at their home in Parker.  We had lost touch a little bit during the past two crazy years.  But when we arrived it was as if we hadn't lost a day.

All in all, it was a great long weekend.
Beer was the reason we went.  We bought tchotchkes and t-shirts when we were there.
But we came home with much more.

Good Beer To You