First the shame part.
Sorry, dear readers (all 5 of you) that I've not posted in months.  I once again vow to redouble my efforts toward sharing the happenings of my obsession with making great beer.
Like the American Amber I made today. 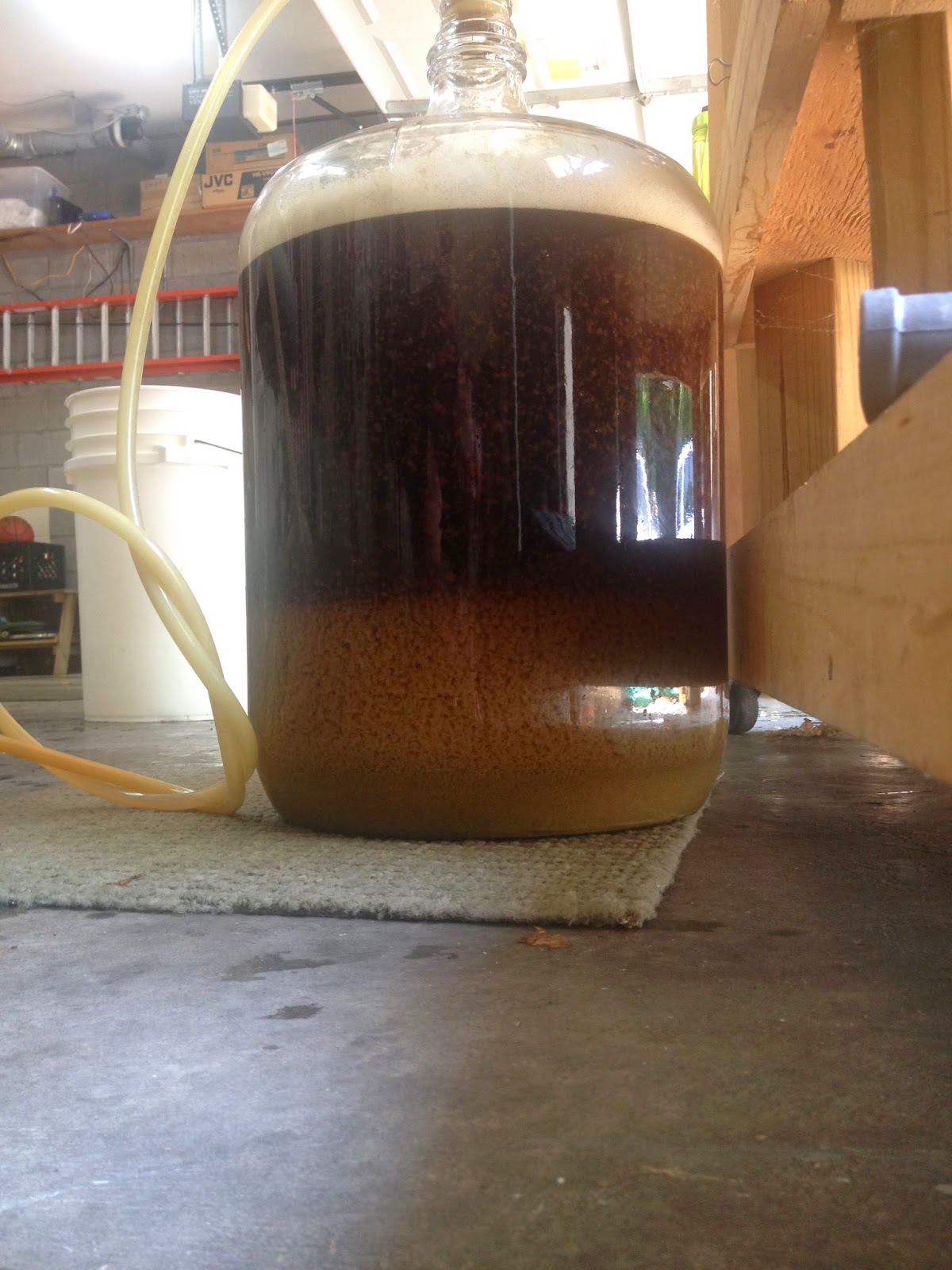 Please forgive my bragging but I did a good job on this beer.  I'm not as happy with the efficiency I got but the gravity and color are good. 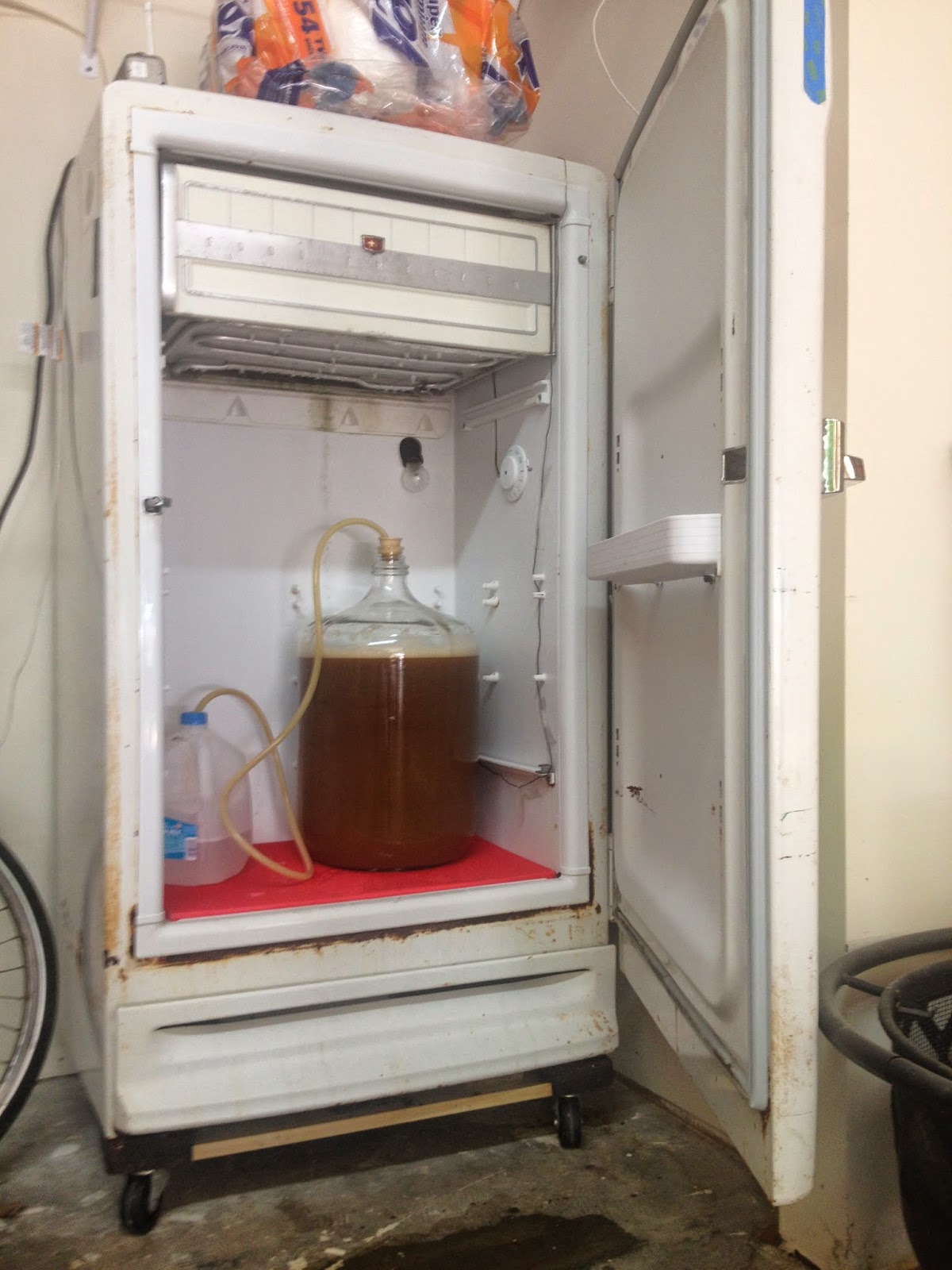 It's starting up in the temperature controlled vault (cleaned yesterday) and should be in good shape for the next 7 days or so.
On to the competition.
My search for information and like minded individuals to help me get my brewery project going has yielded a friendship with one of the proprietors of a local brewery.  I have mentioned Christian Spears of Tennessee Brew Works in this blog before.  If you are in (or are coming to) Nashville, head over to 809 Ewing Ave and try out their beer.  It's the real deal and they're good people.
Anyway, Christian called and asked if I was interested in being part of their first annual beer competition.  Since I make lots of beer I thought that this would be a good deal.  I mean I've always got at least 5 beers around the house that I think might get a medal.
But the catch was that the beer had to be made at the brewery on national home brew day, May 3rd. 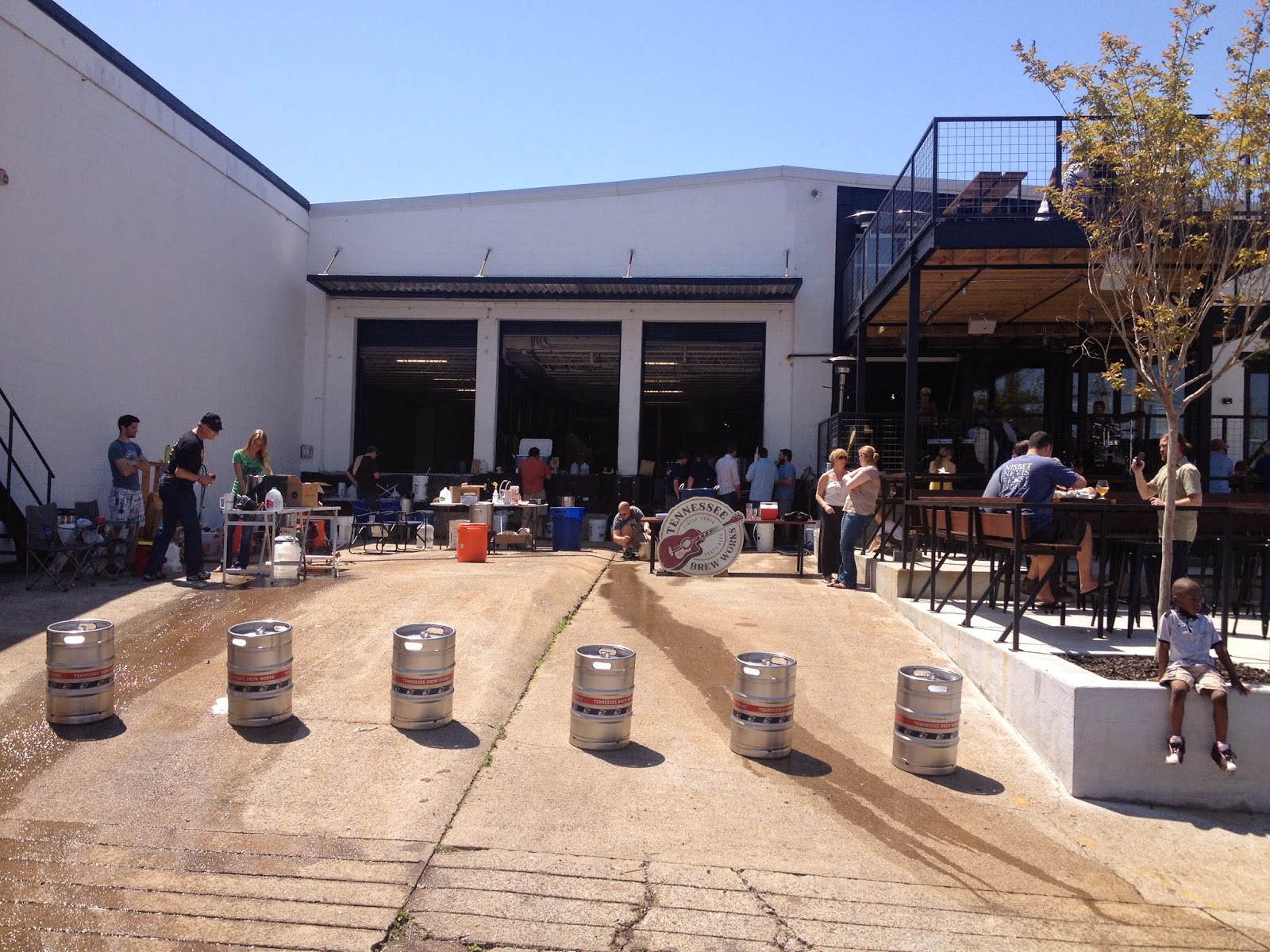 Christian was also nice enough to bring their delivery van to Bellevue to get me and my stuff so I would not have to rent a truck to get it there.
Plus, the entry fee was only $10 and included a couple of TBW's beers.  What a deal.
So I set up in the shade, made beer, and enjoyed a wonderful afternoon complete with a Polka band.  They even played the Hogan's Heroes theme.  My brother would be jealous. 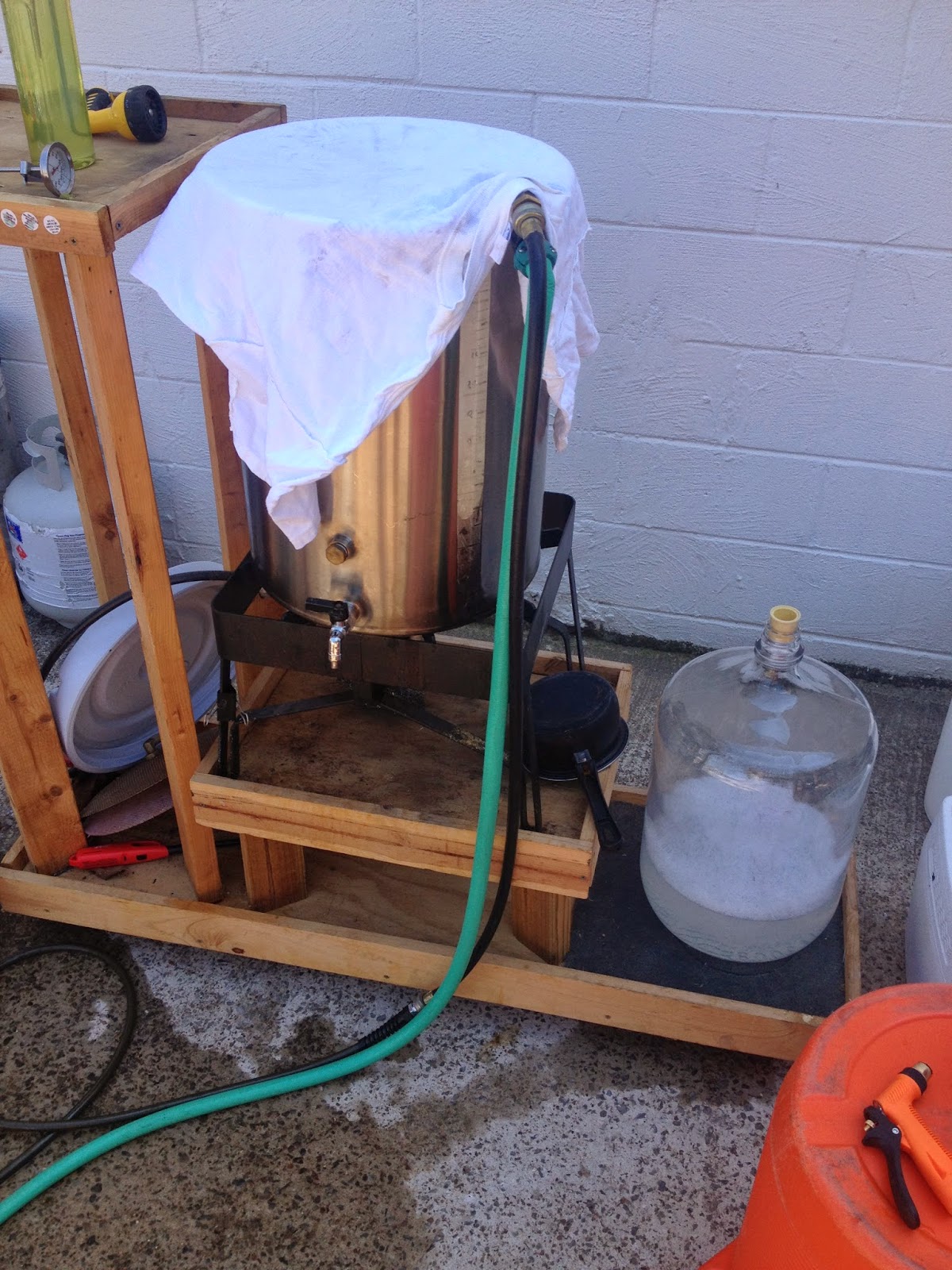 The beer is ready but needs to be cold conditioned for a couple of weeks before I send it to be judged.
I hope the finishing hops I used blend into the background a bit more by then.  It's a good Pale right now but needs to smooth out a bit. 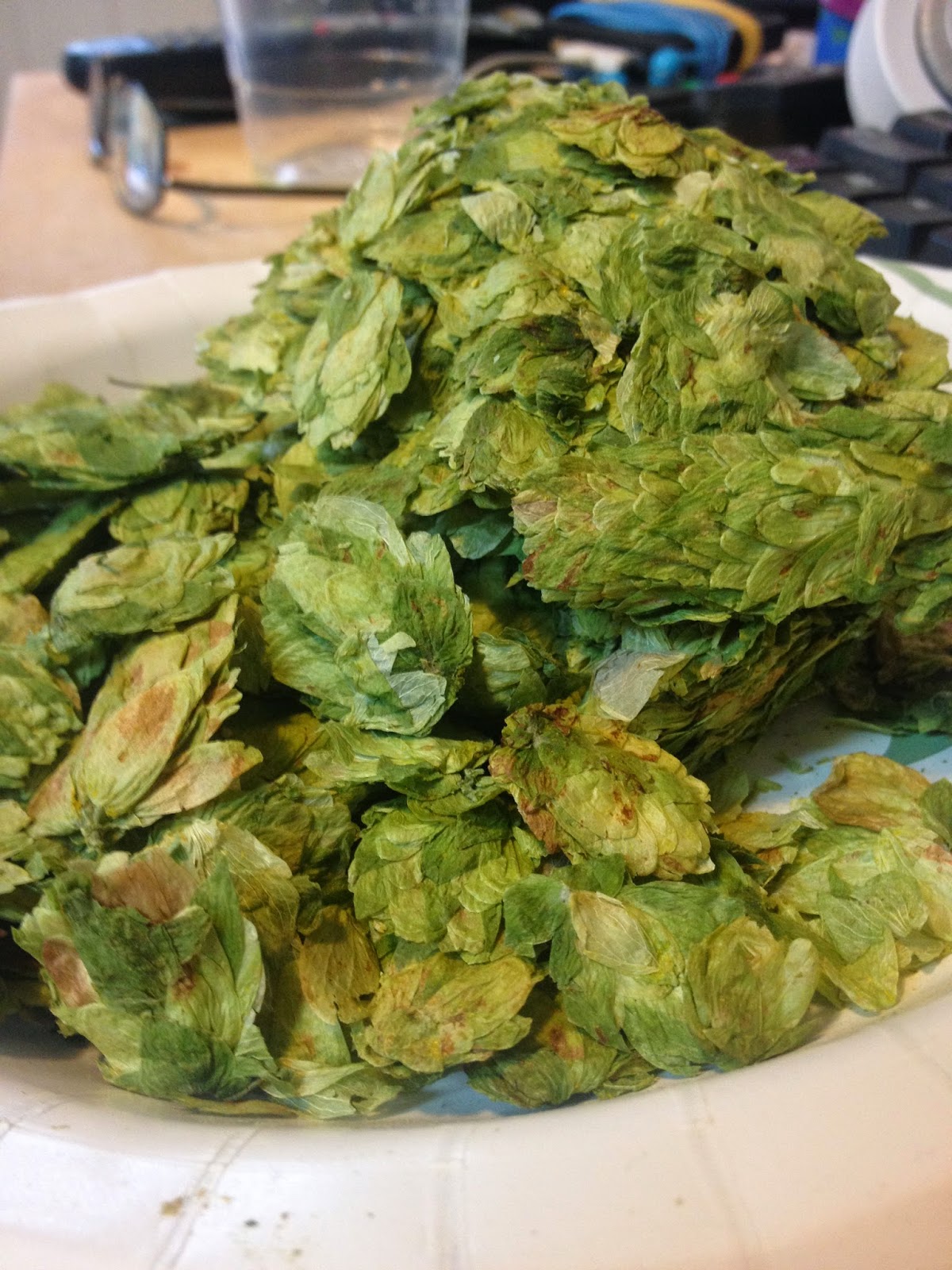 On a side note.  Happy anniversary to my wife Jennifer.  I am happy because of her.
Here is a photo from our wedding day. 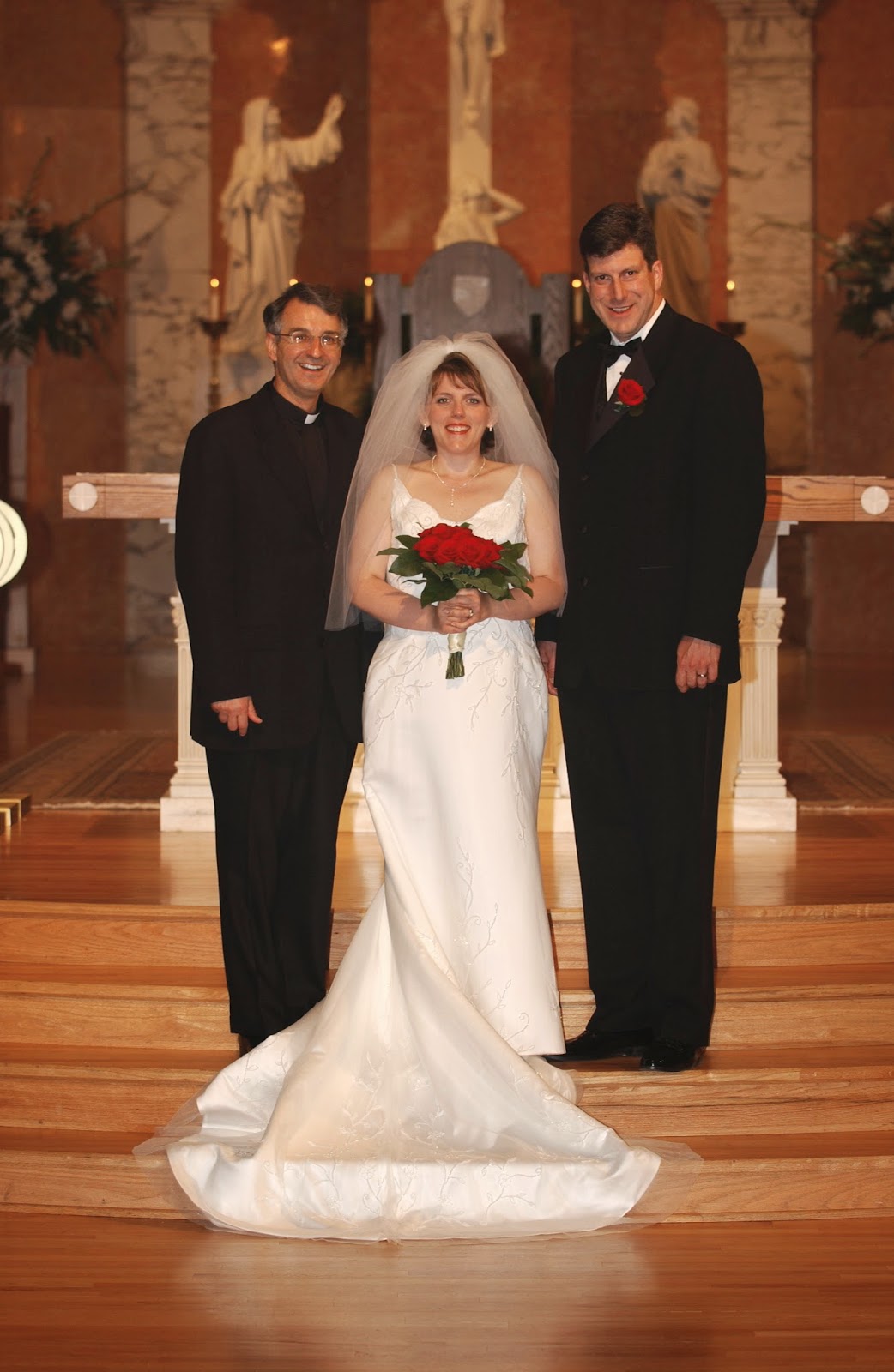 Good Beer To You.
Posted by Bluff City Brewer at 2:34 PM