What Happened To All My Beer?

I drank a good deal of it, of course.
But I gave a substantial amount away too.
It's OK, I'm glad to do it.  Particularly so if it leads me to a like minded soul who also can't stop thinking about doing this professionally.
Craft is still on the rise.  The market is still there and going strong.
Still, it's not a big deal.
I have a good job.
I'm not unhappy. Etc, etc.
Anyway I decided to make another IPA today, even though I just made one two weeks ago. 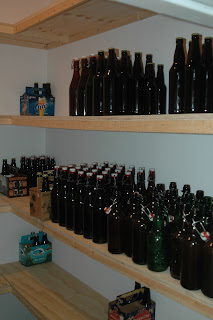 I have been working on this recipe for a few months now.  I mean my IPA was technically correct, I guess.
I won a couple of medals with it.  But it wasn't really very good.
I want an IPA that people gush over.  My old one wasn't it.
So I re-thought the recipe and came up with this. 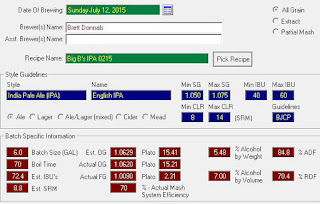 It's better.  But it still needs work.
One thing I found was that using London ESB yeast improved it a bit.  I tried the same grist with 1056 and it wasn't as good so I went back to 1098.  Now I want to mess with the hops to arrive at a new, more appealing flavor.. 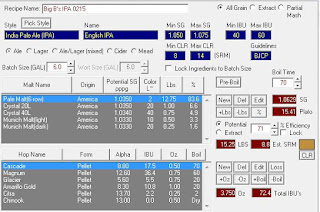 Don't pay attention to the Cascade at the start.  I needed some hop oils to keep the foam down for a few minutes before the main bittering addition.  But I did want to account for the effect on the finished beer.
I had all the other hops and decided to give this blend a try.
We'll see, in a few2 weeks, how the two batches compare.
In case you're wondering, the Bohemian Pilsener was a success. 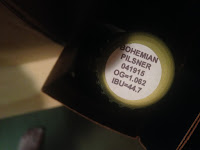 The beer is delicious and I'll make it again.  But not for a while.  There are several others I want to make before Winter.
I still want to make a Bock, a Belgian Blonde and an Altbier.
Unfortunately, I have a few household objectives to achieve while I try to get these beers made. 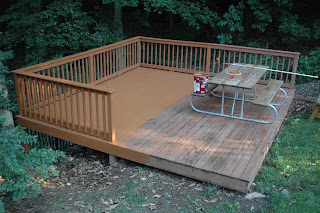 I got the lower deck painted before we went on vacation but another deck awaits and the job is mine to do.
And that deck now has hop bines wrapped around it.

My hops are a disappointment. 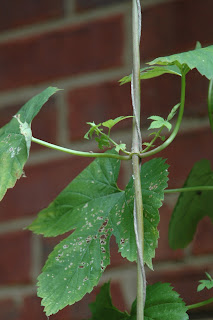 No cones this year.
Second year in a row.
I guess I need more study on this too.
Good Beer To You.
Posted by Bluff City Brewer at 4:15 PM