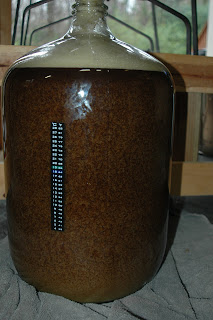 Today I decided to make an American Brown Ale.  I usually hop it with Amarillo but this time I used some Citra I've had laying around for a while.  The Amarillo will be saved for later Pales and this beer is a house beer for every day drinking so I'm not too worried about it.  Still, I'll be interested to compare the Citra flavor with the Amarillo.  Who knows,  maybe this beer will be better than usual.
Cheers
Posted by Bluff City Brewer at 11:19 AM