The Session IPA I started drinking last month is almost gone already.
I guess that means I'll make this one again.  This may become my standard IPA recipe.
Make room for a Rye-P-A. 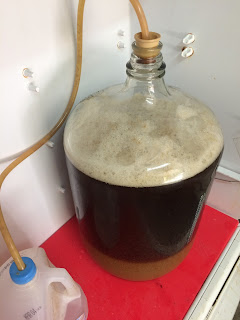 I bought a couple of pounds of Rye and threw this together last weekend.
I have never made one but have enjoyed many.
It tasted pretty good when I racked it to a clean fermenter yesterday.

Also I tried a new style last month.
My next door neighbor has a fond remembrance of an Old Ale called Old Peculiar.
Its something he's looked for off and on for years only to find out recently that the Theakston Brewery (UK) doesn't distribute in the US anymore.
The challenge was, of course, to see if we might be able to make it at my house.
He and I looked up a couple of homebrew recipes for it and I took what I considered to be the best of them and came up with a list of hops and grain I could get here in Nashville.
So we mashed it at a mid range temp of 152, boiled it up, chilled it to 65 and pitched. 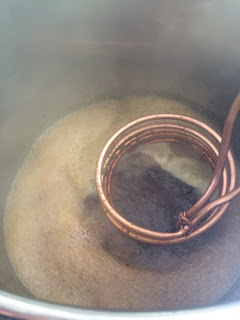 I used Wyeast London Ale III to ferment for a little more fruitiness in the finish.  It tasted pretty good when we bottled it last weekend so, I'm hopeful. 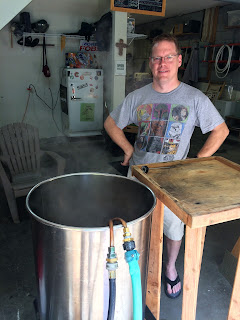 Not much else to report from the brewery. 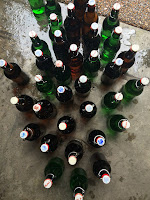 I've spent some time lately cleaning bottles.
And I have been gathering media and imaging for a short promotional video I'm planning to produce promoting Trace Brewing.

Working on this dream is a slow process.  The more I know about starting a brewery the more there is to know and that's just fine.  It's fun, except for the feeling that I'm really no further in the project than I was a month ago.
It looks hard and I think it's harder than it looks but I'm still here.  Still slugging through a business plan and deciding how big this thing should or can be at the beginning.
I listen to a lot of podcasts of interviews of people who have done it.
I am, at once, daunted and emboldened.
I'm finding that there are a million ways to do this (20bbl, nano, contract brewing, alternating proprietorship).  I just need to find the way that will work for me.
One foot in front of the other, as they say. 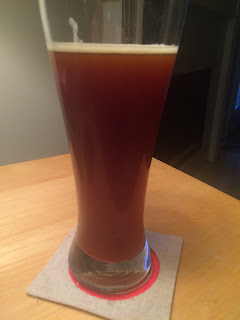 Good Beer To You.
Posted by Bluff City Brewer at 2:02 PM